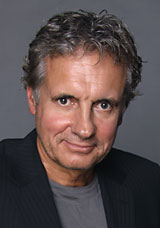 Stephen W. Fesik, Ph.D. is the Orrin H. Ingram, II Chair in Cancer Research and a Professor of Biochemistry, Pharmacology, and Chemistry in Vanderbilt University School of Medicine. He is also a member of the Vanderbilt Ingram Cancer Center (VICC), the Vanderbilt Institute of Chemical Biology (VICB) and the Center for Structural Biology (CSB).

The focus of his research is on cancer drug discovery using fragment-based approaches and structure-based drug design. Prior to joining Vanderbilt in May, 2009, Dr. Fesik was the Divisional Vice President of Cancer Research at Abbott (2000-2009) where he built a pipeline of compounds that are showing promising anti-cancer activities in early stage clinical trials. In addition, while he was at Abbott, he developed several new NMR methods, determined the three-dimensional structures of several proteins and protein/ligand complexes, pioneered a method for drug discovery called SAR by NMR, and applied this method to identify and optimize ligands for binding to many protein drug targets.

His research has also involved the use of siRNA for target identification and target validation. Dr. Fesik has published more than 240 papers, trained 36 postdoctoral fellows, has been a reviewer for the NIH Biophysical Chemistry Study Section, and has served as a member of the Editorial Boards of the Journal of Medicinal Chemistry, Journal of Biomolecular NMR, Biophysical Journal, Molecular Cell, Chemical Biology & Drug Design, ChemMedChem, Molecular Cancer Therapeutics, Oncogene, Combinatorial Chemistry and High Throughput Screening, and the Highlights Advisory Panel for Nature Reviews Cancer. He has served on the Keystone Scientific Advisory Board and Board of Directors and currently is a member of the Scientific Advisory Board of the UPenn Abramson Cancer Center, Aileron Therapeutics, and the Bruker Board of Directors. He has obtained several awards, including the Chairman’s Award (1996), Outstanding Researcher of the Year Award (1997) , and the Researcher of the Year Team Award (2008) from Abbott, the Servier Lecturer Award (1998) from the University of Montreal, the ASBMB-Fritz Lipmann Lectureship Award (1999), the Lifetime Achievement Award in Nuclear Magnetic Resonance from EAS (2003), the SBS Technology Innovation Award (2010), and the NIH Director's Pioneer Award (2010). Recently he has been elected Fellow of the American Association for the Advancement of Science (AAAS).

The focus of our lab is on cancer drug discovery using fragment-based approaches and structure-based design. To accomplish this goal, we have assembled a multidisciplinary team that includes structural biologists, medicinal chemists, and cell biologists. Among them are five research professors and several research assistants, postdoctoral fellows, and graduate students. In our lab, we clone, express, and purify proteins, conduct fragment-based screens, determine the three-dimensional structures of protein/ligand complexes using NMR and/or X-ray crystallography, design and synthesize compounds, and test compounds in primary and secondary biological assays. The cancer drug targets that we are pursuing are highly validated but technically challenging such as K-Ras and c-Myc.