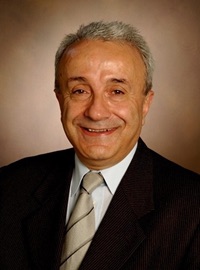 Dr. Naji Abumrad's clinical interests cover all aspects of general surgery and, particularly, endocrine surgery. His extensive research activities include studies of the mechanism of insulin resistance in the morbidly obese, and in particular, he is conducting studies related to the understanding of the mechanisms involved in the reversal of type 2 diabetes in morbidly obese patients who undergo bariatric surgical procedures. Additional studies carried out in his laboratory, address the metabolic effects of opioid peptides and opiate alkaloids; and in particular cocaine on energy metabolism and fuel mobilization. Dr. Abumrad's work has been funded by NIH grants during most of his academic career.

Dr. Abumrad’s professional interests have earned him appointments to serve on many NIH study sections, such as the Surgery, Anesthesia, and Trauma (1991-94) and Metabolism (1996-1998) Study Sections. In addition, he has just finished a stent as a member (2000-2004) and Chairman of the GMA2 Study Section. He also has served as a member of Secretary Donna Shalala’s Task Force on Breast Cancer in 1994.

He became a member of Alpha Omega Alpha in 1983, and of Sigma Xi, the Scientific Research Society, in 1986. In 1977, Dr. Abumrad received the Best Teacher Award at SUNY, Syracuse, and the Grant W. Liddle Award for Excellence in Teaching at Vanderbilt Medical Center in 1984.

Dr. Abumrad is certified with the American Board of Surgery since 1978 and was recertified in 1996.